In a spectacular fail, The Sunday Post published a picture of Niall McGinn as one of the Aberdeen group of eight players that attended a venue in Aberdeen following the Rangers match in their Sunday edition, instead of Dylan McGeouch.

The error was published in their printed and digital copies.

The paper have confirmed that they have apologised to Niall for the error, and will apologise again on Sunday in the paper.  His name was not included in the reports (although it was in the caption accompanying the photo) and the mistake was not repeated online. 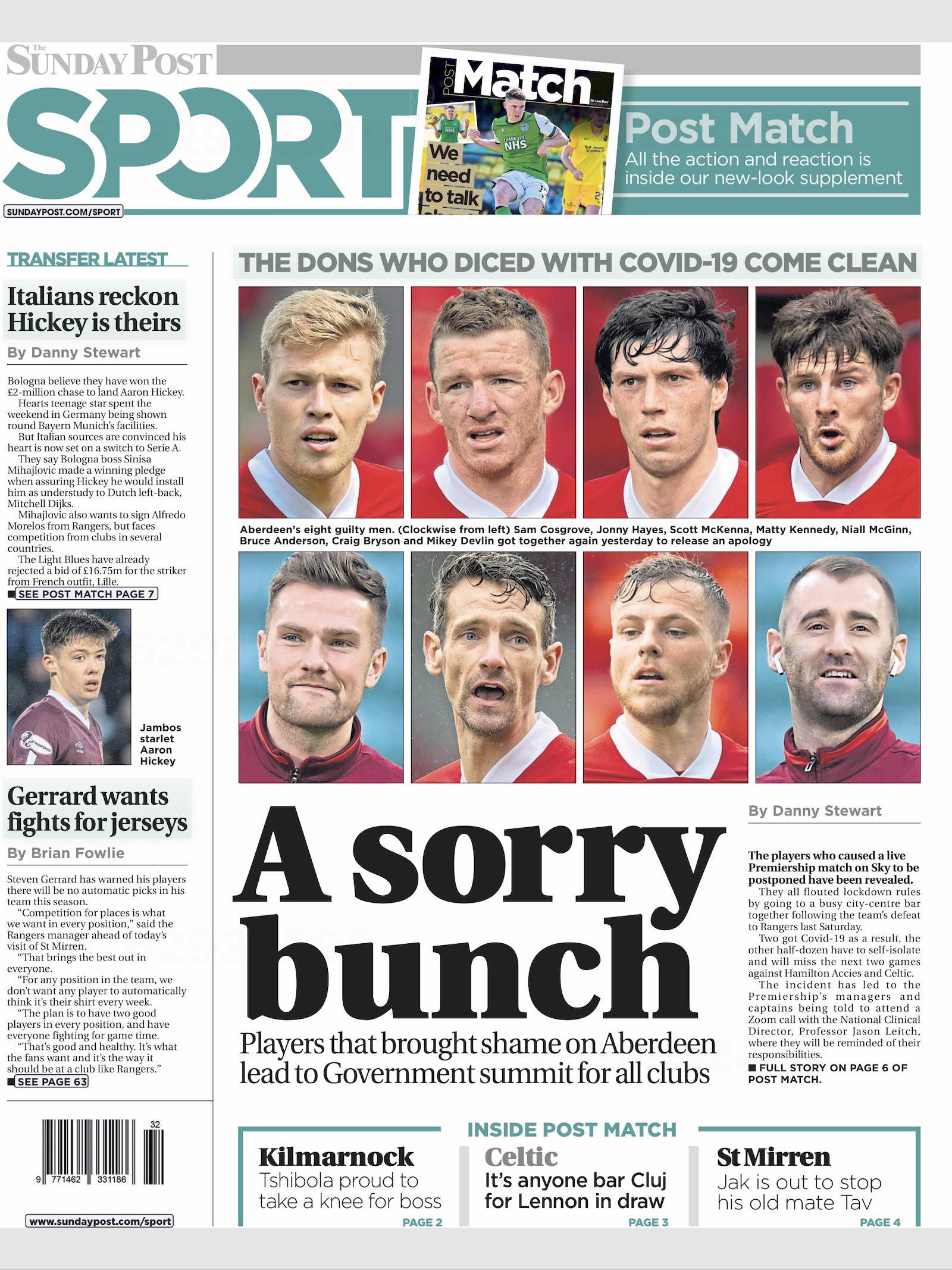 Aberdeen Matches Off For Next Week

AFC DONScast – The Podcast After The Week Before