The greatest Dons manager ever, Sir Alex Ferguson  had a fitting tribute in front of a packed crowd in the Richard Donald Stand for the unveiling of the statue in his honour.

Sir Alex was back at Pittodrie today and was joined on stage with some of his hero players, Willie Miller, Gordon Strachan and Neil Simpson to relive those moments in history.

The statue was sculptured by Andy Edwards, renowned for his previous works of The Beatles, The Bee Gees, Muhammad Ali, Sir David Attenborough and Sir Stanley Matthews.  It will stand proud in front of the Richard Donald stand, and has been designed so it can be moved to any new stadium in the future.

Sir Alex will be present at the first home match for new manager, Jim Goodwin against Dundee Utd at Pittodrie tomorrow. 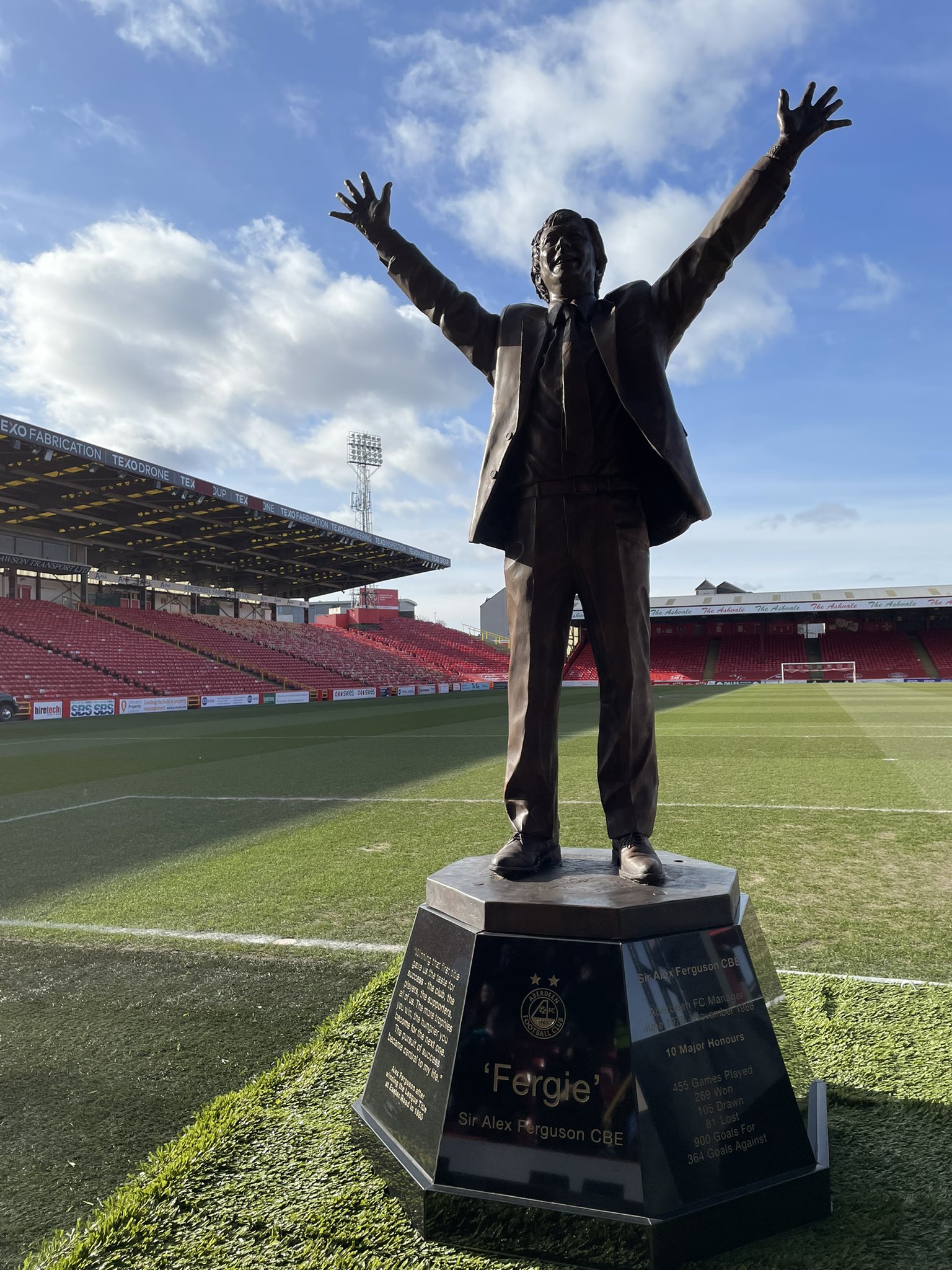