The SPFL has told member clubs that this season’s outstanding fixtures could not take place ahead of the new campaign because there are not enough dates in the calendar to complete both.

The SPFL board has advised clubs that the new campaign was unlikely to begin before August due to the coronavirus outbreak.

STV has reported that clubs have been advised the new season, which includes league matches and the Betfred Cup, would not begin until mid-September at the earliest if this season’s current fixtures – including play-off matches – were to be played.

The football authorities have been advised by the Scottish government that the restrictions currently in place as a result of the coronavirus pandemic may not be lifted until at least 10 June.

Meanwhile Dundee have confirmed it was their intention to vote against the SPFL proposals presented last Wednesday: 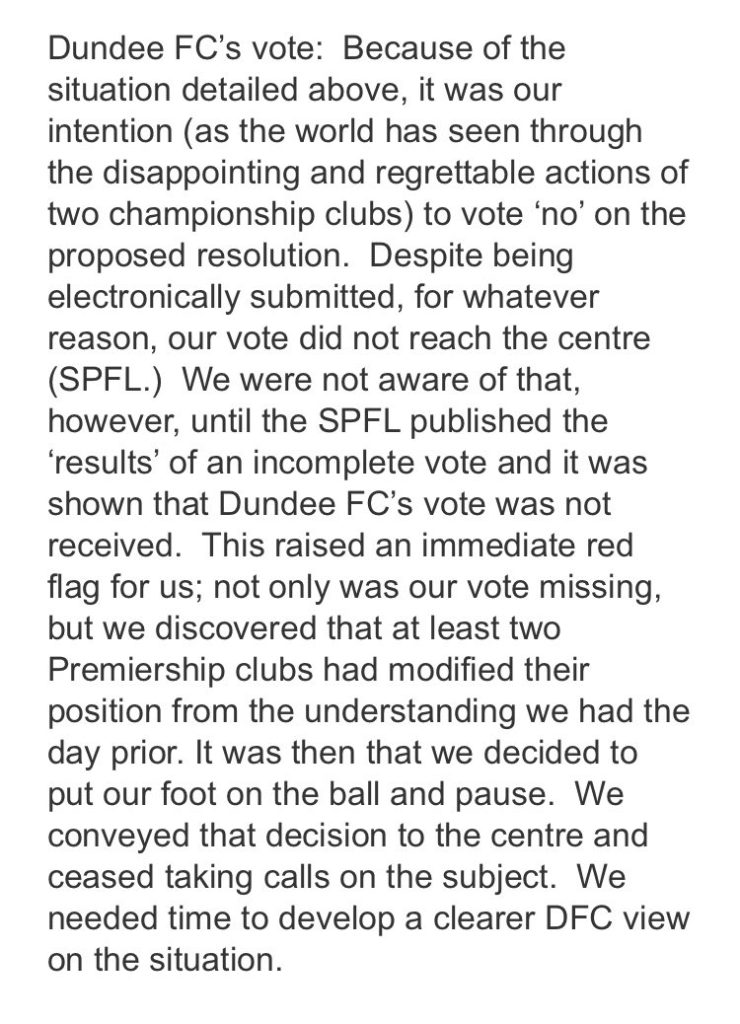