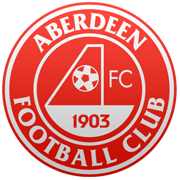 Considine made his professional debut for Aberdeen in May 2004 in a 2–1 defeat to Dundee, making his second appearance at the end of the following season. In 2005–06, Considine reached double figures in terms of appearances and became a first team regular in the 2006–07 season, playing in 36 matches and scoring his first goals for Aberdeen in a 2–0 victory at St Mirren in January 2007.

Considine started every league match for Aberdeen in the 2011–12 season and was the club’s player of the year.  He continued to play regularly in the 2012–13 season, but suffered a broken leg in a match against Dundee on 29 December.

On 29 December 2014, Considine signed a two-and-a-half-year extension to his contract, keeping him at Aberdeen until the summer of 2017.

Considine was rewarded for his years of service to Aberdeen with a Testimonial match against F.C. Twente on 27 March 2015.

Considine signed another contract extension on 14 February 2017, keeping him at Aberdeen until 2019.