With claim and counterclaim continuing as regards the SPFL vote, the SPFL released yet another letter today responding to the dossier of allegations from Rangers.

What will have attracted attention of Dons supporters is the response from the SPFL regarding Aberdeen’s input.

The claim from Rangers was that Aberdeen negotiated a concession from Neil Doncaster prior to voting, that Premiership clubs would be consulted prior to the SPFL Board calling the Premiership.

The SPFL repsonded saying: “This is categorically false.  No commitment was made to any club, which was not made to all 42 clubs in the legal briefing note sent out on 8 April.  It is the case that Aberdeen FC were seeking such a commitment.  There was a discussion, during the afternoon of 10 April, about the possibility of Neil Doncaster taking a request to the SPFL Board during the afternoon.  However, by the time the SPFL Board met, at 5pm that day, Aberdeen FC had made it clear that they did not wish Neil Doncaster to take such a request forward.  As a result, no such request was brought to the SPFL Board.”

That appears to be at odds what Dave Cormack said in his statement on the club website on 10 April 2020: 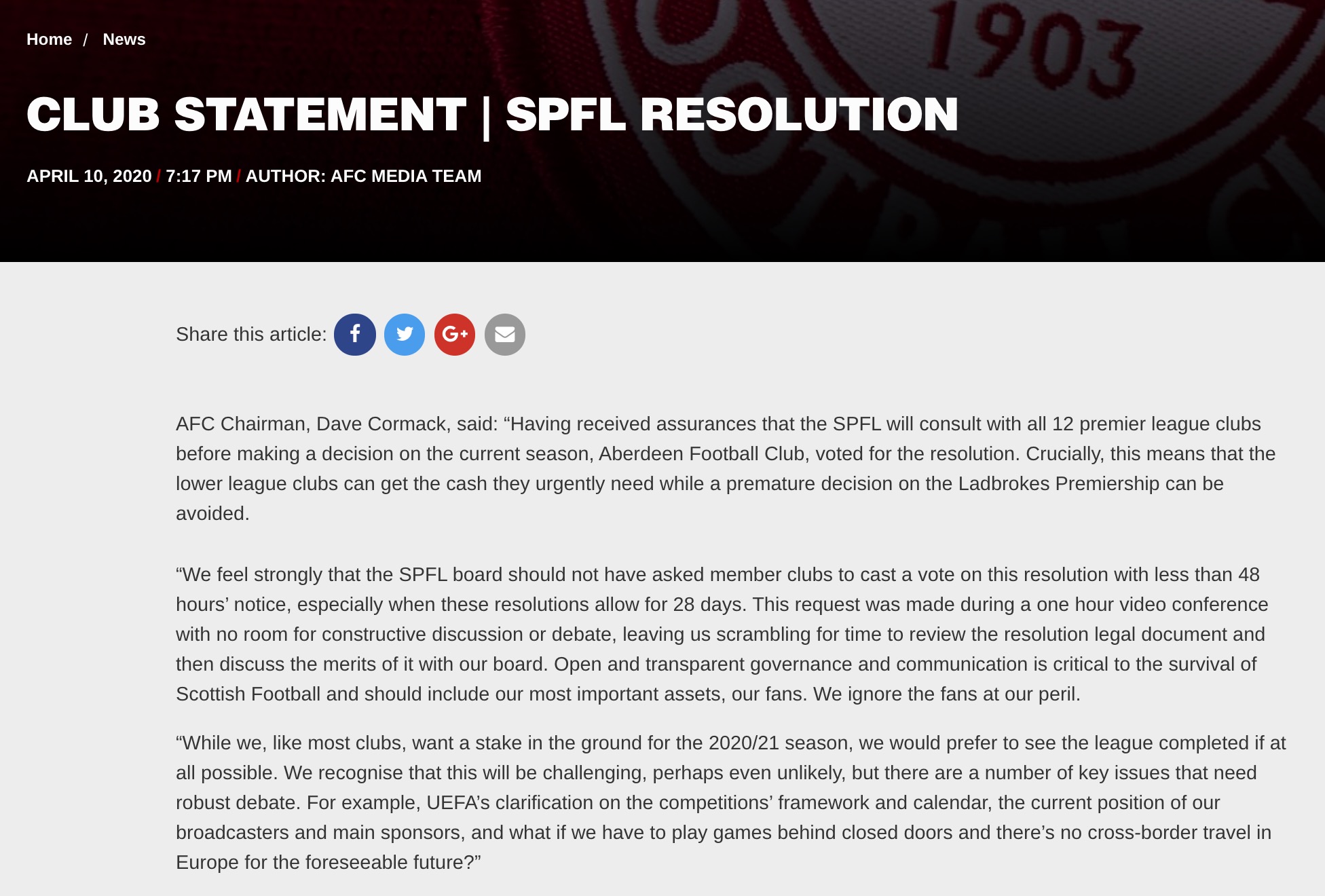 So who is in the wrong, the SPFL or Dave Cormack?  Could there be another simpler explanation, that the verbal assurance provided satisfied Aberdeen FC and didn’t need to be put to the SPFL Board?

It is unlikely to make a material difference to the EGM that is taking place next Tuesday, 12 May 2020.

Make your own mind up, but this one isn’t finished yet, and I’m sure even after the EGM the repercussions will not go away.