You can watch the UEFA Europa and Champions League Finals this week for FREE with BT Sport.

Both matches between Chelsea and Arsenal on Wednesday (29 May) and Tottenham Hotspur and Liverpool on Saturday (1 June) are available for FREE online.

So how can I watch it for FREE?

Both finals will be available to all on mobiles, tablets and selected Smart TVs and games consoles via the BT Sport app, as well as online at BT Sport.com and on YouTube. 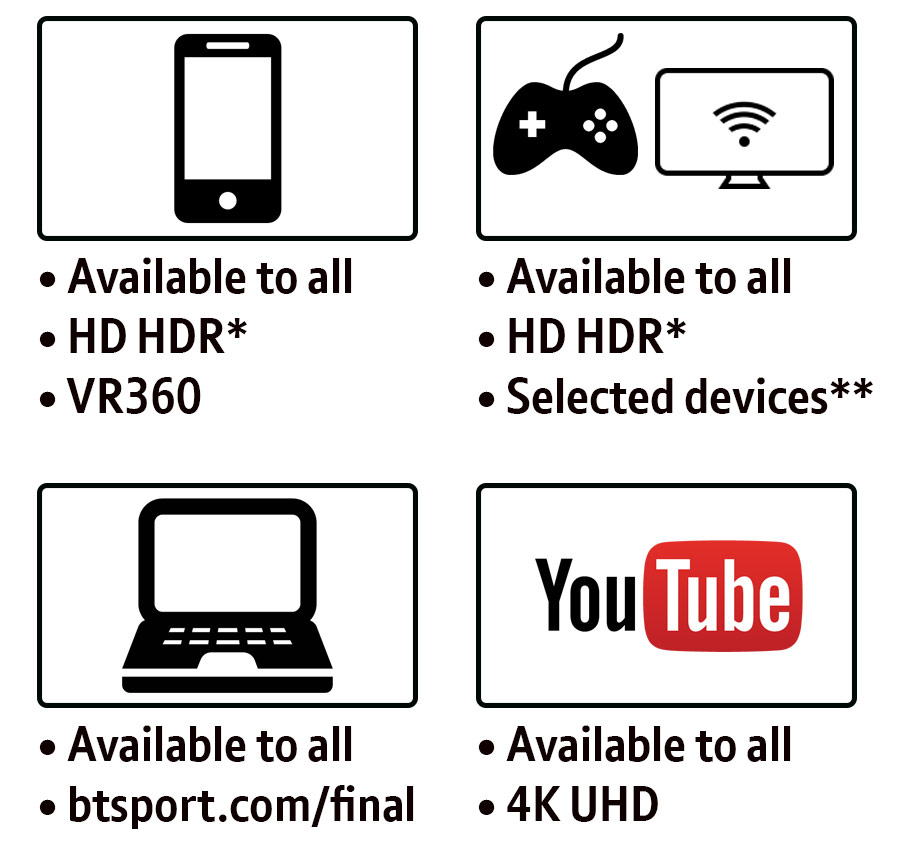 *Only the Champions League Final will be shown in HD HDR.  Anyone intending to watch in HD HDR will need a BT Sport subscription and the BT Sport app on mobile, tablet, Samsung Smart TVs (2015 onwards), Apple TV 4K, Chromecast Ultra or Xbox One (X and S) – you’ll still be able to watch the matches for FREE on HD on these platforms.

**The BT Sport app will show both finals for FREE on the following large-screen platforms/devices and games consoles – Samsung Smart TVs (2015 onwards – you’ll need to download the BT Sport app to your Smart TV), Apple TV 4K, Chromecast Ultra, Xbox One (X and S) and Playstation 4.

To watch on YouTube – these are the direct links to the matches: