Lewis Ferguson, Ross McCrorie and Connor McLennan have been called up to Scot Gemill’s Scotland U21 squad for our forthcoming fixtures against Croatia and Greece next month.

The full Scotland U21 squad is as follows: 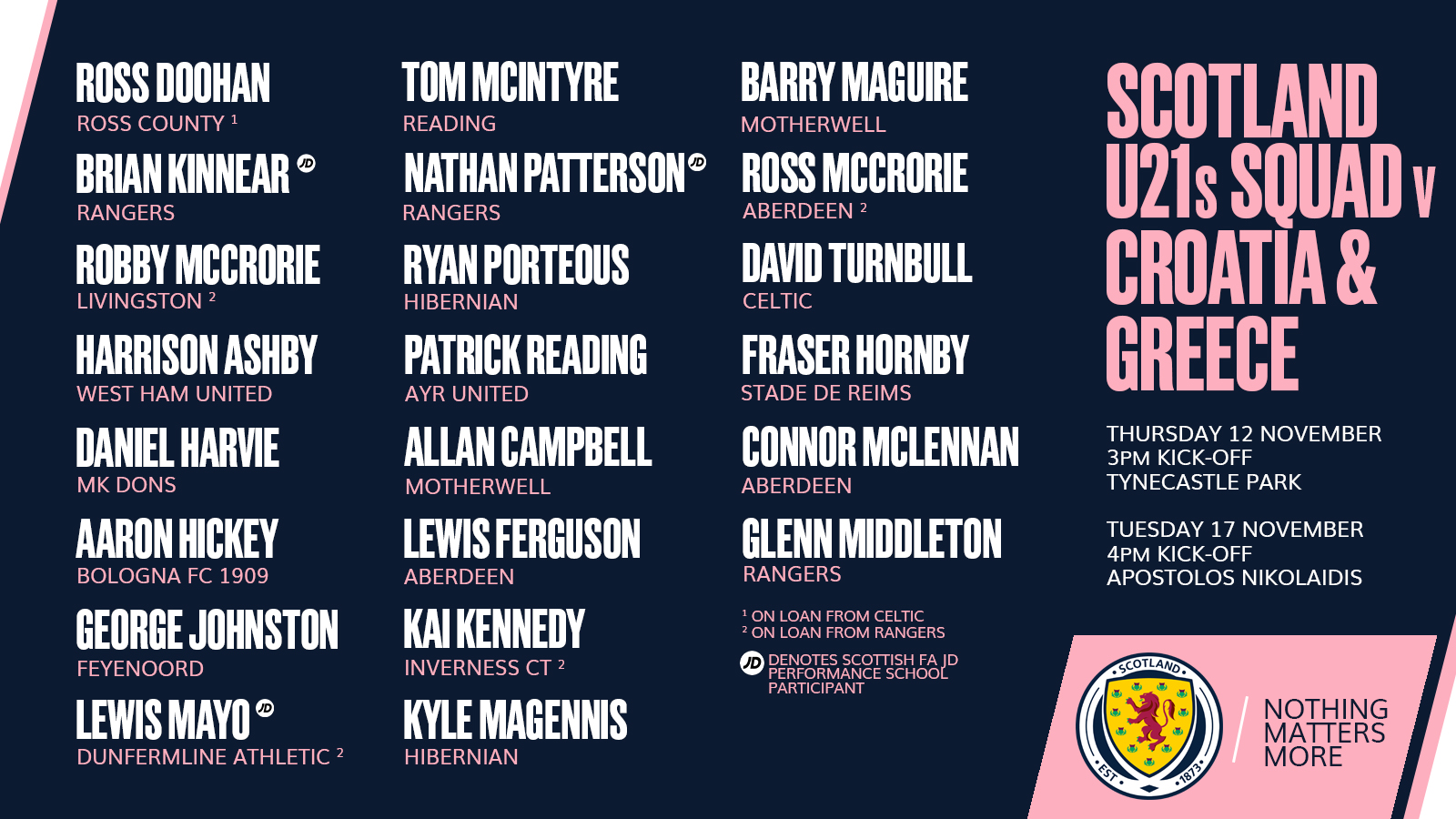 Dylan McGeouch Out For Two Months With Groin Injury