The Red Army Displays team are gearing up for the new season and have launched their funding campaign yesterday to help raise funds towards the materials needed to bring their legendary displays to Pittodrie and other grounds.

Each donation of £5 will be entitled to one entry into a prize draw which has a growing list of prizes donated from Aberdeen Football, the AFC Community Trust, Aberdeen Framing and Stephen Dobson:

And other items will be added.

In addition they are holding a 5-a-side football tournament on the Balgownie Playing Fields on Saturday 21 July 2018, kick-off at midday.  Teams of 7 @ £10 per player.  Alongside the football there will be a BBQ, soft drinks and kids banner painting.

The prize draw will take place after the football tournament.

All money raised will be used to source new materials. 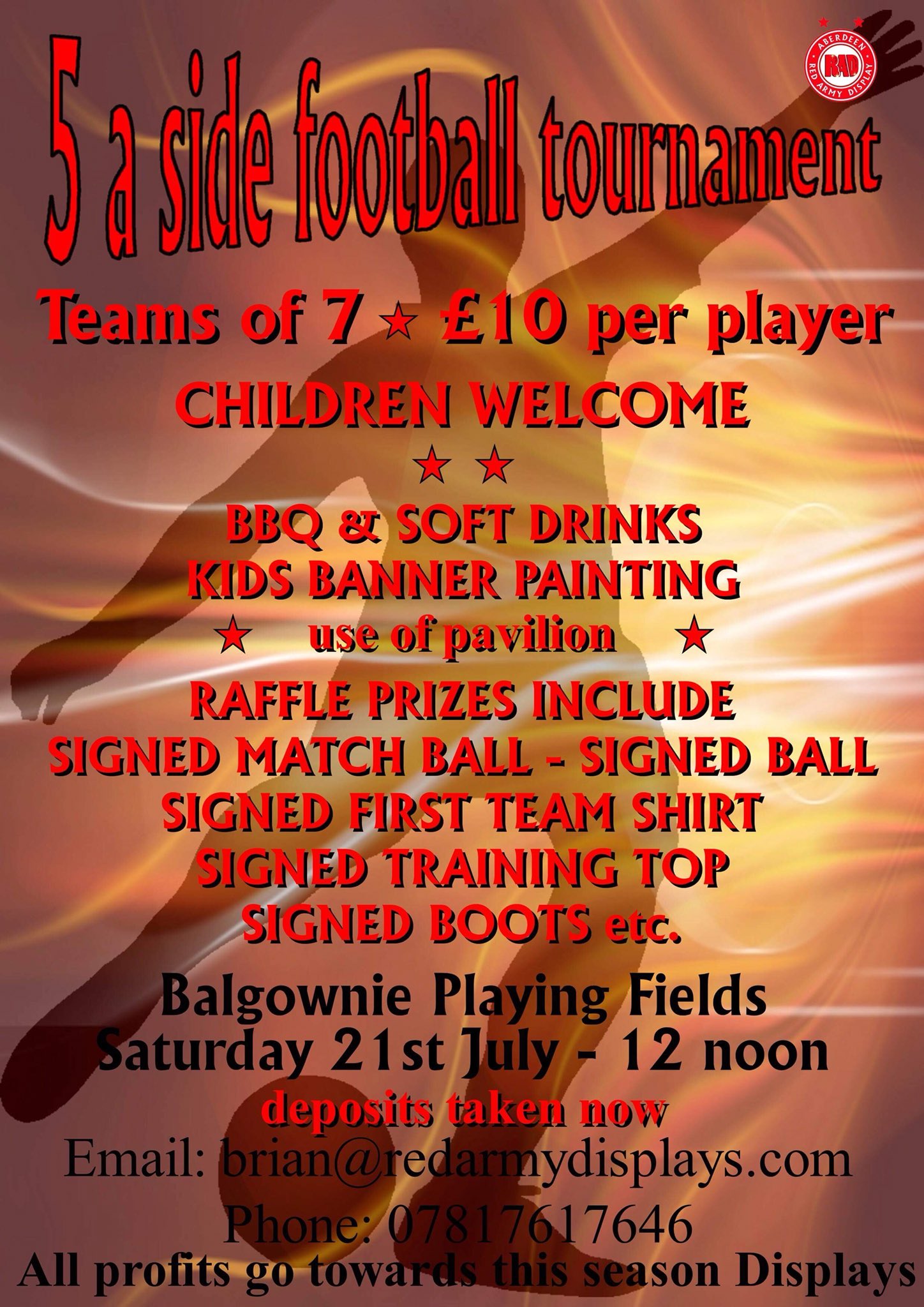