The channel will be available on Freeview, Youview, Freesat, Sky/Sky Glass and Virgin Media.

You will be able to get a football fix in the first week, with the Africa Cup of Nations semi-finals and final being broadcast tomorrow, Thursday and Sunday respectively.

Alongside football, there will be entertainment, documentaries, dramas, comedies and sport aimed at 16 to 34 year olds.

New commissions include People Just Do Nothing’s Allan ‘Seapa’ Mustafa, reuniting with BBC Three for Peacock, a new gym-based comedy series about toxic masculinity, and new factual-based drama Life and Death in the Warehouse from the makers of Killed By My Debt will explore life in a fictional distribution centre.

Having experimented with various formats in its previous incarnation, BBC Three’s news bulletin The Catch Up is a weeknight bulletin that brings audiences all the need to know and relevant news from the day in under 5 minutes.

Where can you find BBC Three?

BBC Three is available on: 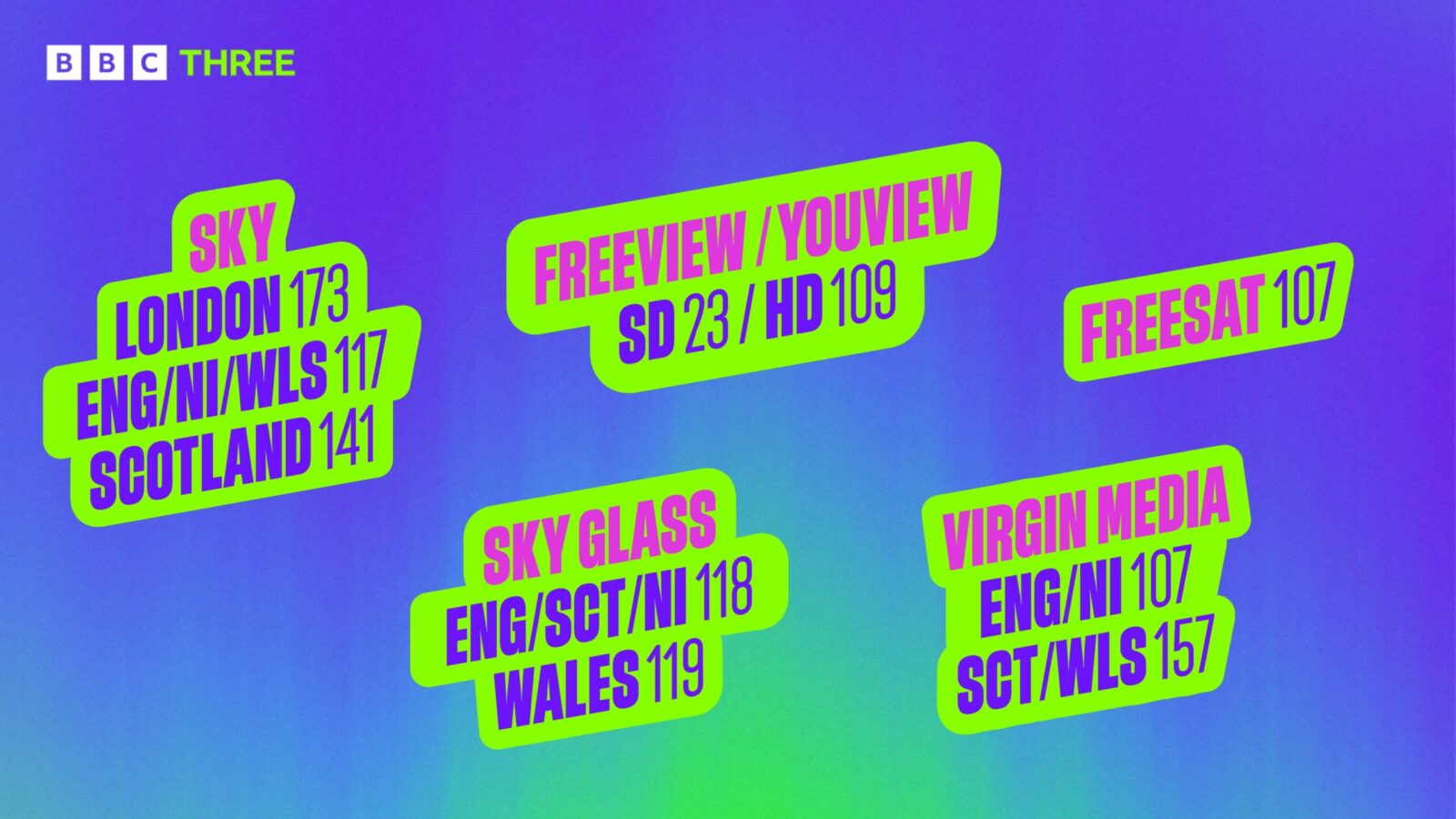