The UEFA European Championship play-off against Serbia will take place in Belgrade on Thursday 12 November with a 7.45pm kick-off.

Our Nations League matches are scheduled as follows:

The full squad is as follows. 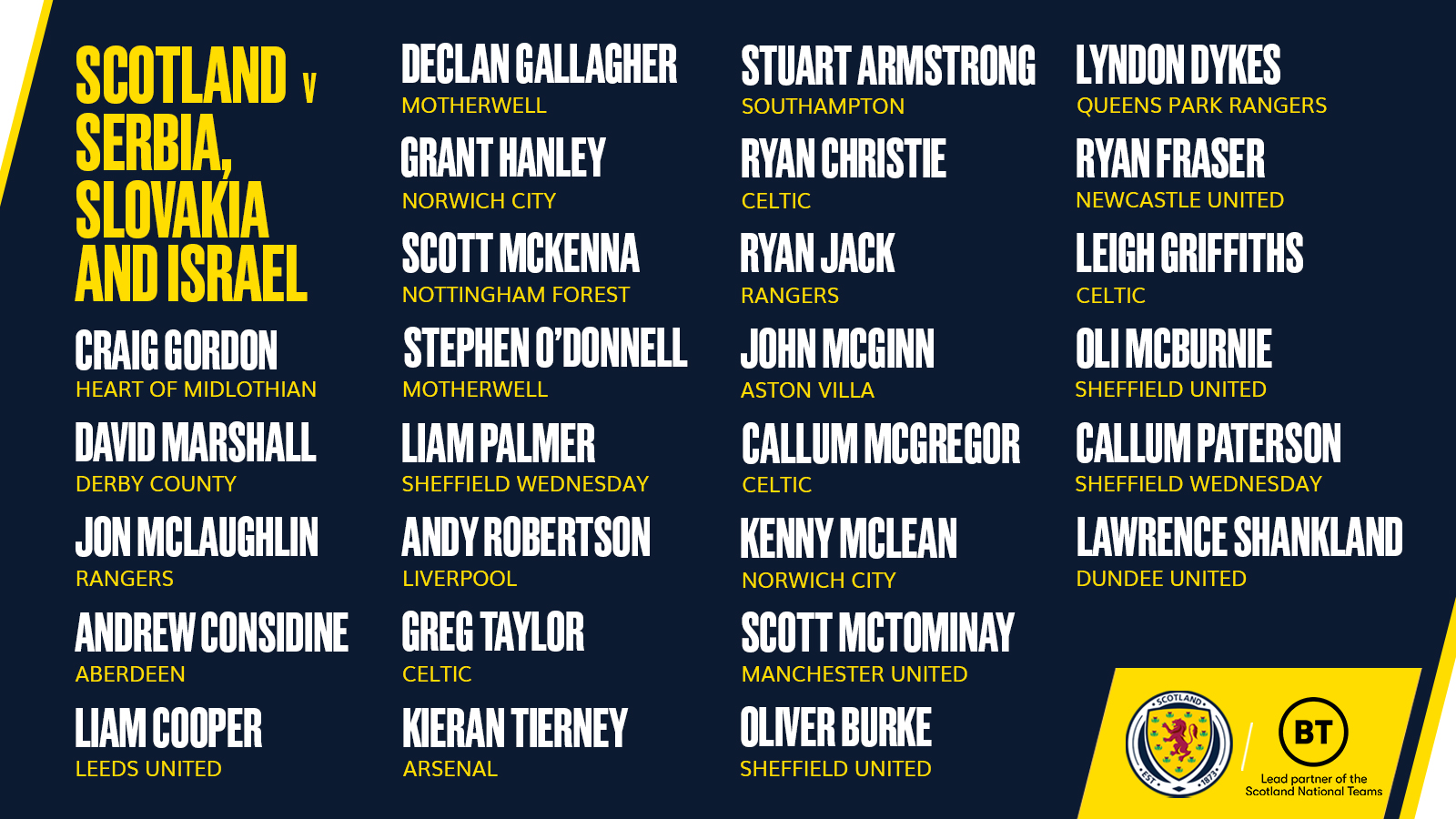 SWPL Fixtures To Be Released 30 June

Hancock To Arbroath Loan Move Off