There have been changes to the access arrangements at McDiarmid Park due to the recent road changes in and around the ground recently which Aberdeen supporters should be aware of ahead of our match against St Johnstone this Saturday.

From the Broxden roundabout follow the ‘”Football Stadium” signage all the way to the Inveralmond roundabout. After turning full circle at that roundabout and heading back south on the A9 take the first available slip road which is signed for the football stadium.

At the top of this slip road there is an enforced left turn and after making this turn Aberdeen supporters should immediately move into the right hand filter lane (temporary signage will be in place indicating this) and enter the stadium car park by turning right.

Aberdeen supporters cars and buses will be accommodated at the west side of the all-weather pitch adjacent to the stadium although is expected to fill up quickly so early arrival is advised. Once this area is full, this area of the car park will be closed and Aberdeen fans will require to find on-street parking

At the end of the game, Dons supporters will exit the car park via the gate closest to their car park and thereby gain quick and direct access to the A9 heading south towards the Broxden roundabout. 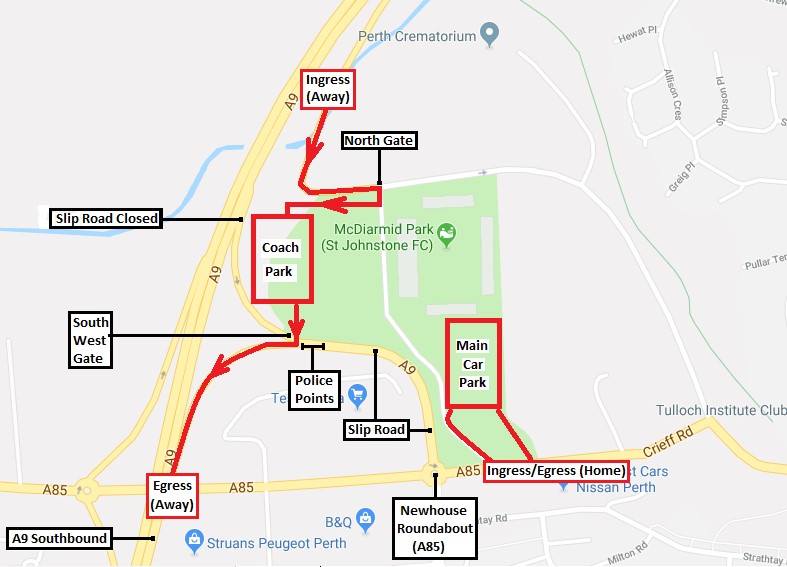