Aberdeen will face BK Häcken of Sweden in the second qualifier round of the UEFA Europa Conference League.

The first round will take place at Pittodrie.

It’s a return to Gothenburg for the Dons to the Bravida Arena.

The draw took place at the House of European Football in Nyon, Switzerland. 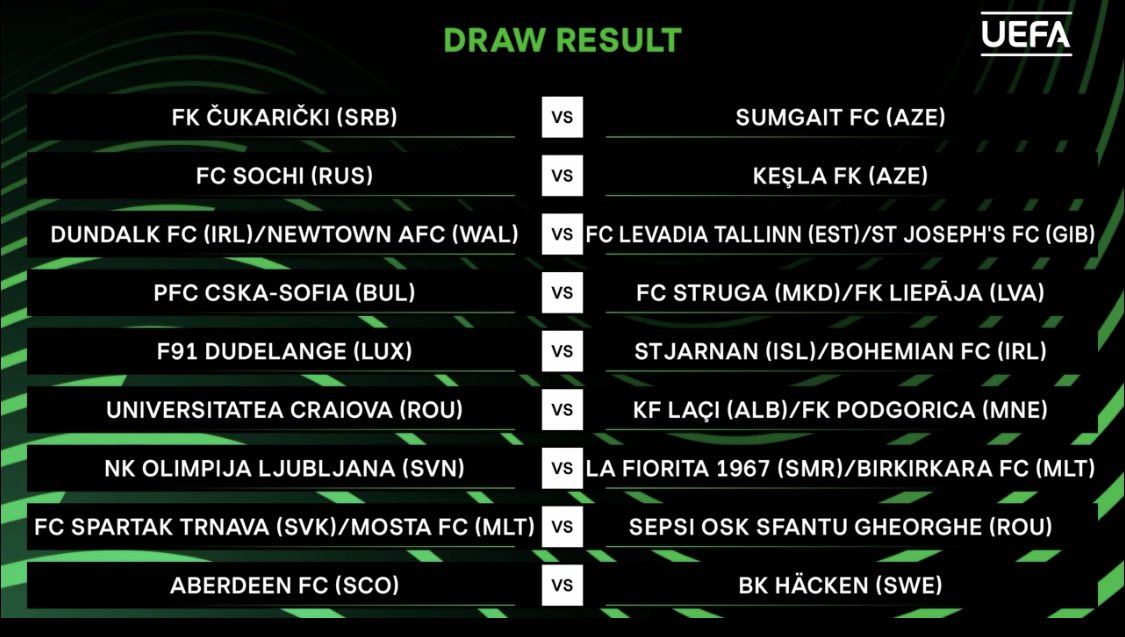