Aberdeen will face The Rangers at Pittodrie in the opening SPFL Premiership fixture of the season at 5.30pm on 1 August 2020.

It will mark a welcome return to football, albeit behind closed doors for the time being albeit the start is still subject to approval from the Scottish Government.

In the other fixtures in August, we will face St Johnstone away in a lunchtime kick-off at McDiarmid Park on 8 August, a midweek fixture against Hamilton at home on 12 August and Celtic away on 15 August, home against Livingston on 22 August and away to Hibs with a late afternoon kick-off on Sunday 30 August.

Our Christmas fixtures are away to Motherwell on Wednesday 23 December, our Boxing Day game is at home against St Johnstone followed by an way fixture against Livingston on Wednesday 30 December before a home match against Dundee Utd on 2 January 2021.

The full fixture list for Aberdeen is as follows: 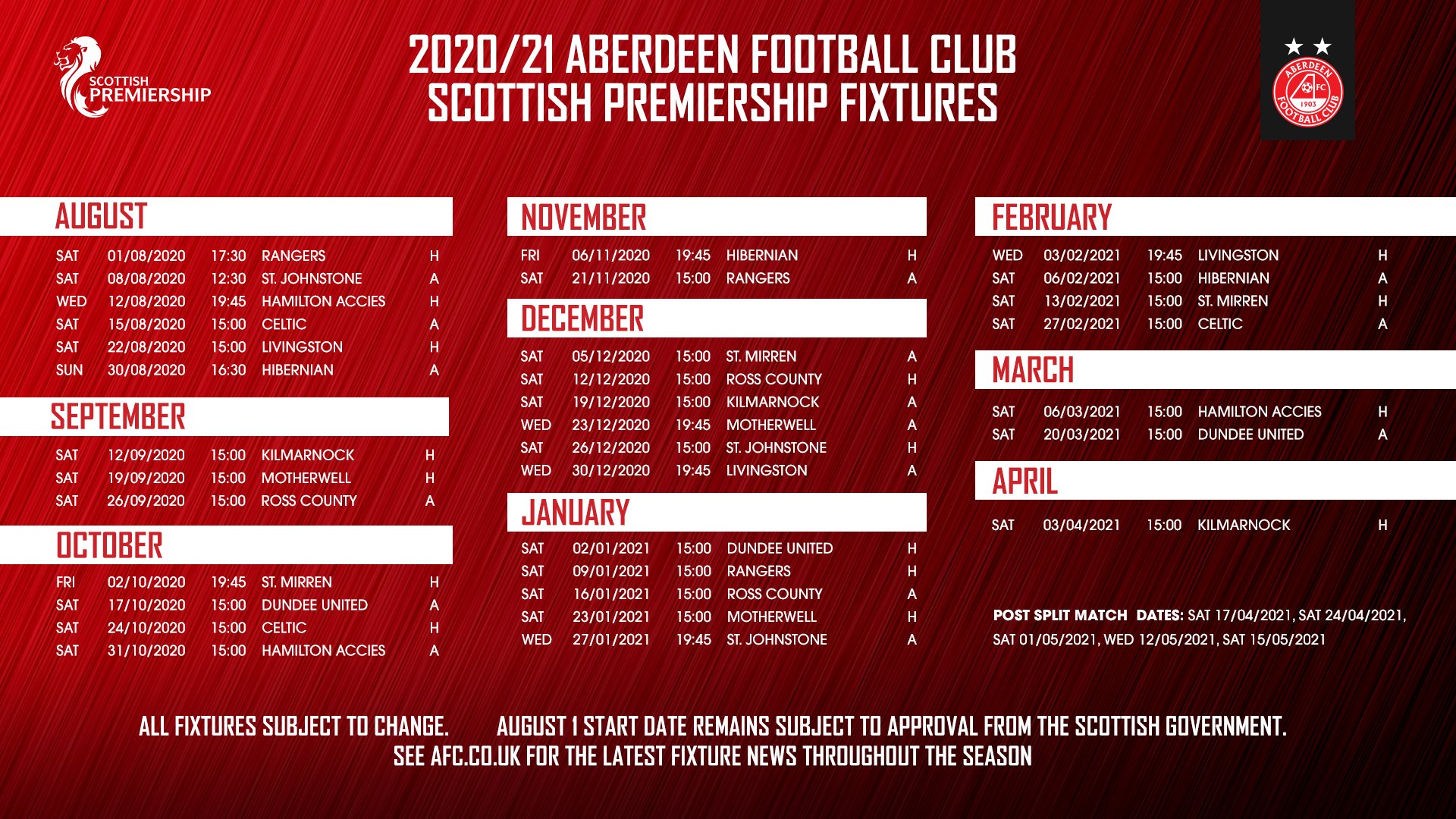 The Scottish Cup from last year will be played to a finish, with last season’s semi-finals and final taking place before the end of 2020.  The Scottish Cup for this season will potentially scrap replays from the fourth round onwards with the final planned for 8 May 2021.

The League Cup for this season will start during the first international break in early October, with Aberdeen given a bye to the last 16 due to our participation in the UEFA Europa League.

The full fixture list will be uploaded through the morning on our website and will be available as a download which will auto-update should fixtures date/times change to your smartphone, tablet and computer calendar.