Aberdeen Football Club have shared this afternoon (2 December 2020) their plan for the return of fans to Pittodrie.

The plan outlines a progressive approach over the next three home games at Pittodrie, starting with 1,000 supporters at our match against Ross County on 12 December.

This would be followed by an increase of supporters to 2,000 supporters for our matches against St Johnstone on Boxing Day and Dundee Utd on 2 January 2021. 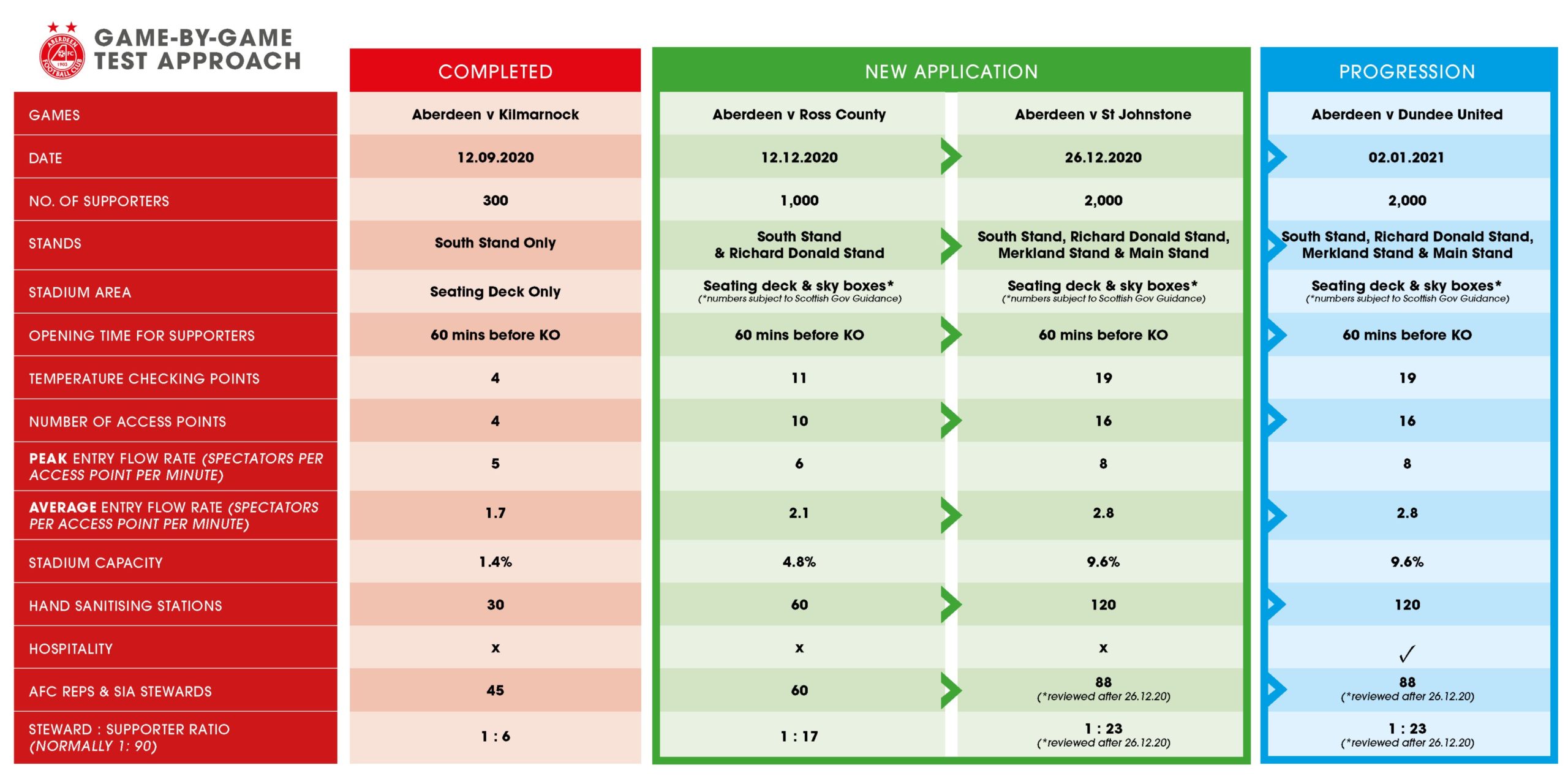 The club say: “Our operational plans and protocols are robust, and whilst we await feedback from the Scottish Government and the football authorities, we are sharing the detail of these with our supporters to show the depth of thought, planning and controls which are included in our application to have just 5% capacity at Pittodrie, followed by 10% if successful.

Hosting matches with reduced capacities comes at a significant cost to the Club but we believe we must get fans back to give them hope and to avoid a financial catastrophe going into next season.

With the scrutiny and endorsement by a leading epidemiologist, we see no reason why we cannot be allowed to get fans back in as long as our region remains in Tier 2.”

The full document, which is comprehensive in its nature, has been redacted in parts as it shares sensitive information which could lead to AFC’s matchday operation being compromised, but the full Operational Plan Summary can be found by clicking the button below.